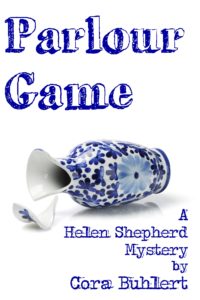 But as Detective Inspector Helen Shepherd and her team begin to unravel the case, it suddenly seems much less clear. For Helen has to deal not only with contradictory evidence, but also with an entire library full of suspects who are all accusing each other.