Today, I had business in Walle, a working class and immigrant neighbourhood adjacent to the Bremen harbour. And since I was in the area already, I also took the opportunity to visit my grandmother’s grave at Walle cemetery as well as the Waterfront mall.

At the mall, I had a fake geek girl experience of sorts. Because I had a business appointment, I happened to be dressed fairly conservatively in dark pants and a grey, fairly elegant sweater. And when I went into the movie memorablia store as well as some of the hipper clothing shops at the mall, I got strange looks and a lot more “May I help you?” questions from sales clerks than usual, because I apparently did not look like the sort of person who would go into a shop specializing in surfer and skater wear and buy a Spider-Man t-shirt.

I also happened to have my camera along and took a bunch of photos of the cemetery, which was designed by a famous landscape architect and has some lovely 19th century headstones, as well as of the Bremen harbour area, which is full of interesting and borderline steampunky industrial architecture. So here are some photos. Cemetery first, harbour tomorrow: 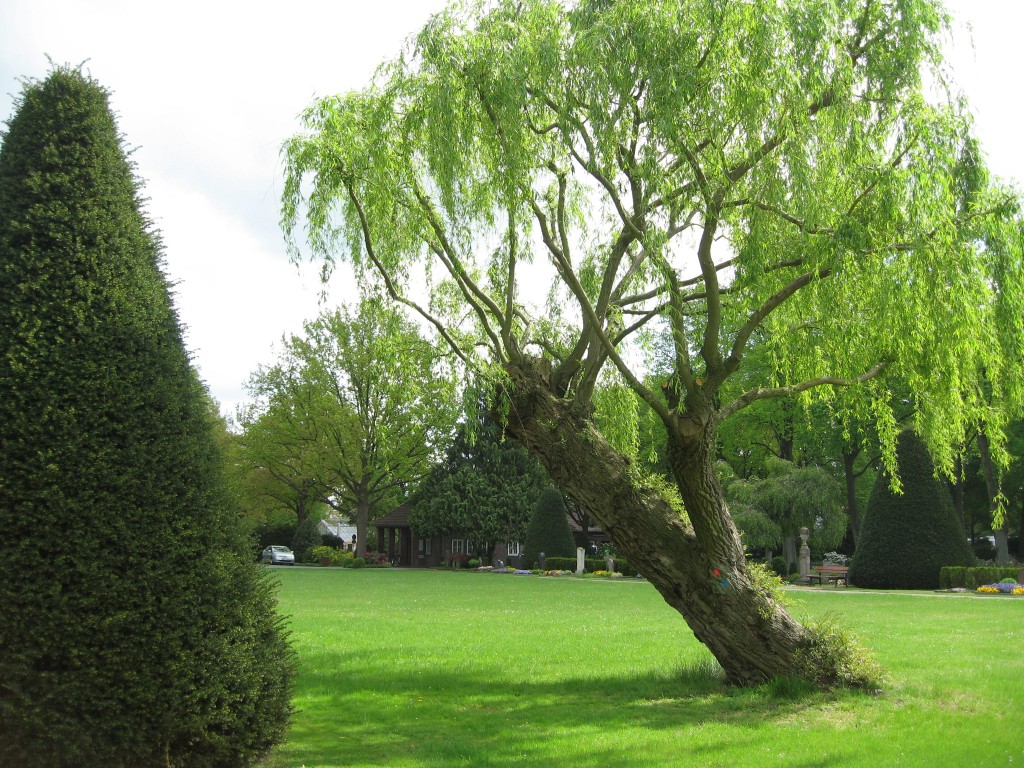 View across the lawn with a cone-shaped yew tree and a weeping willow. In the background, you can see the gate house. 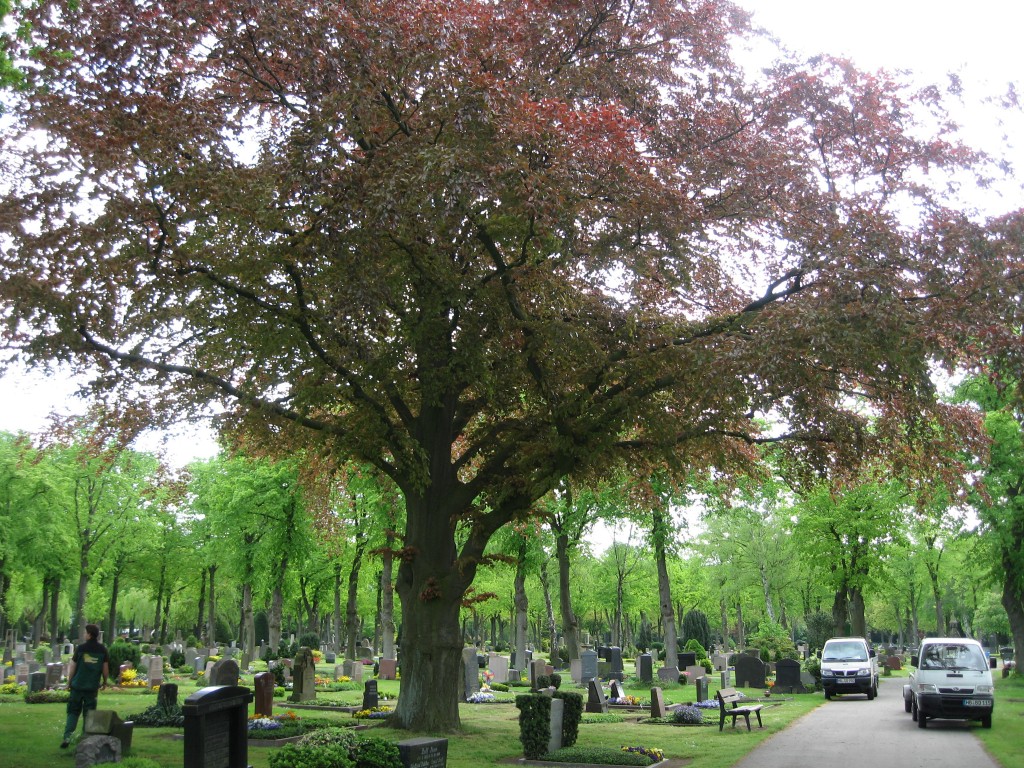 A beautiful copper beech overlooking the cemetery. Note the gardeners at work. 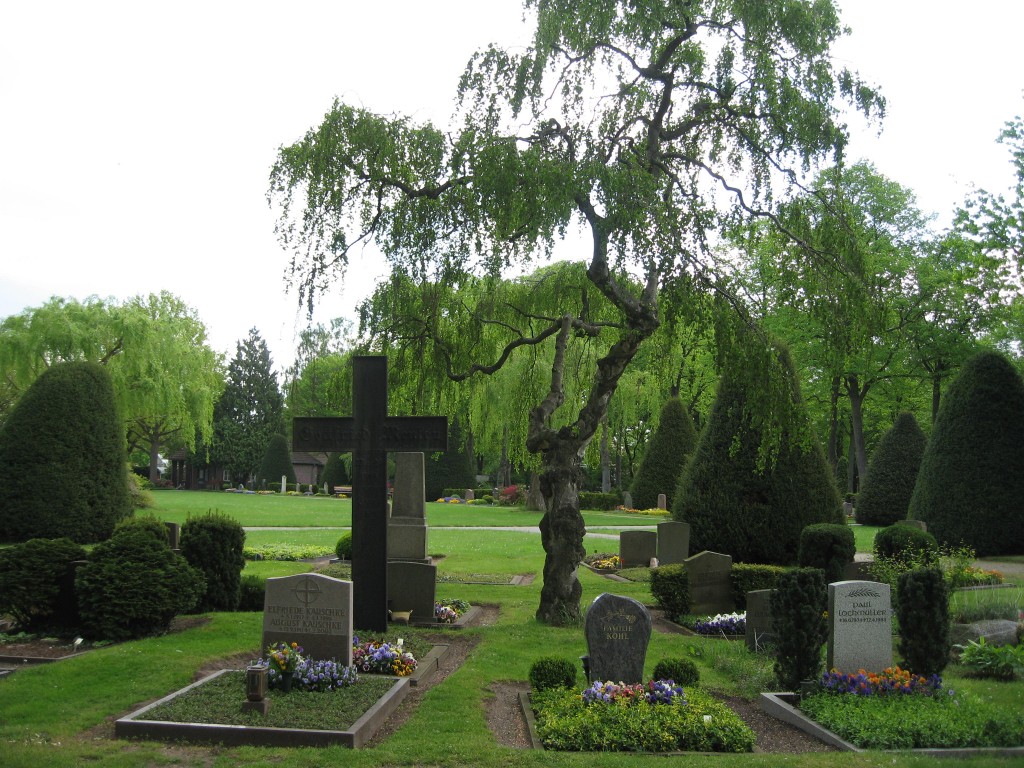 Yew trees, weeping willows and headstones. The big black cross (which is made of cast iron) marks the grave of a local celebrity, theologist Gottfried Menken. 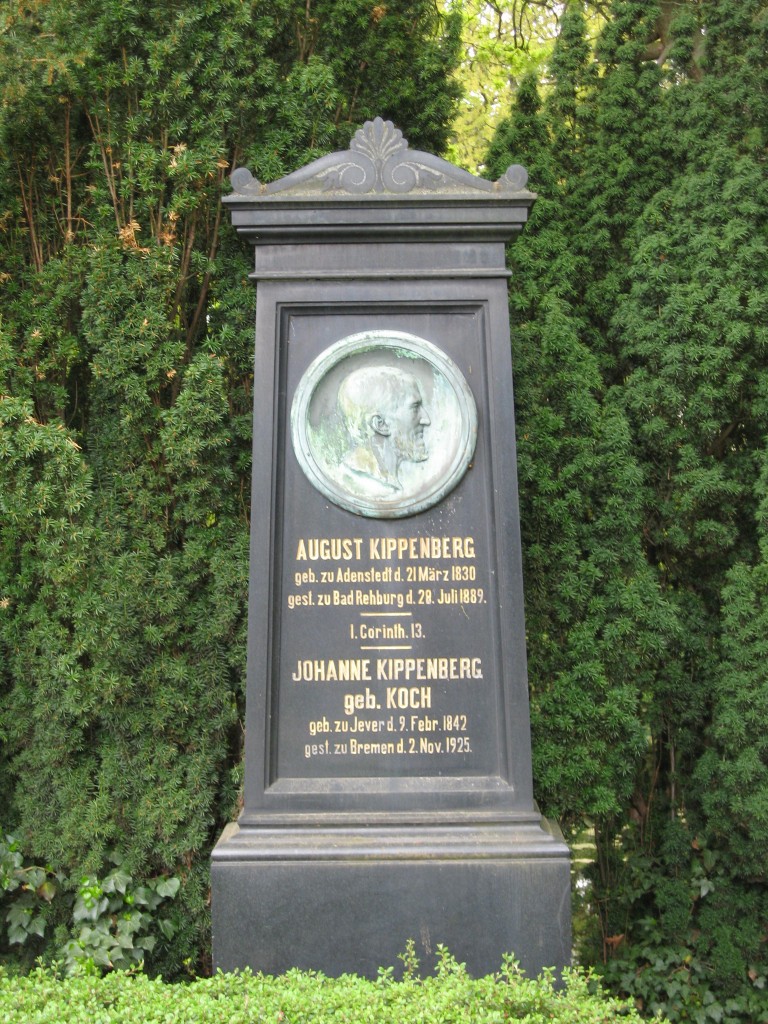 The grave of another local celebrity and one who’s more along my lines, namely teacher and girls’ education activist August Kippenberg. Among other things, Kippenberg founded a teacher training college and a school which still bears his name to this day.

The stunning neogothic mausoleum of merchant Ludwig Knoop, who received the title of a Baron from the Czar of Russia himself. Knoop’s descendents include a former TV game show host and two German politicians, including the current secretary of labour.

A closer view of the Knoop mausoleum. The statue depicts Jesus Christ.

Another mausoleum in the classicist style. 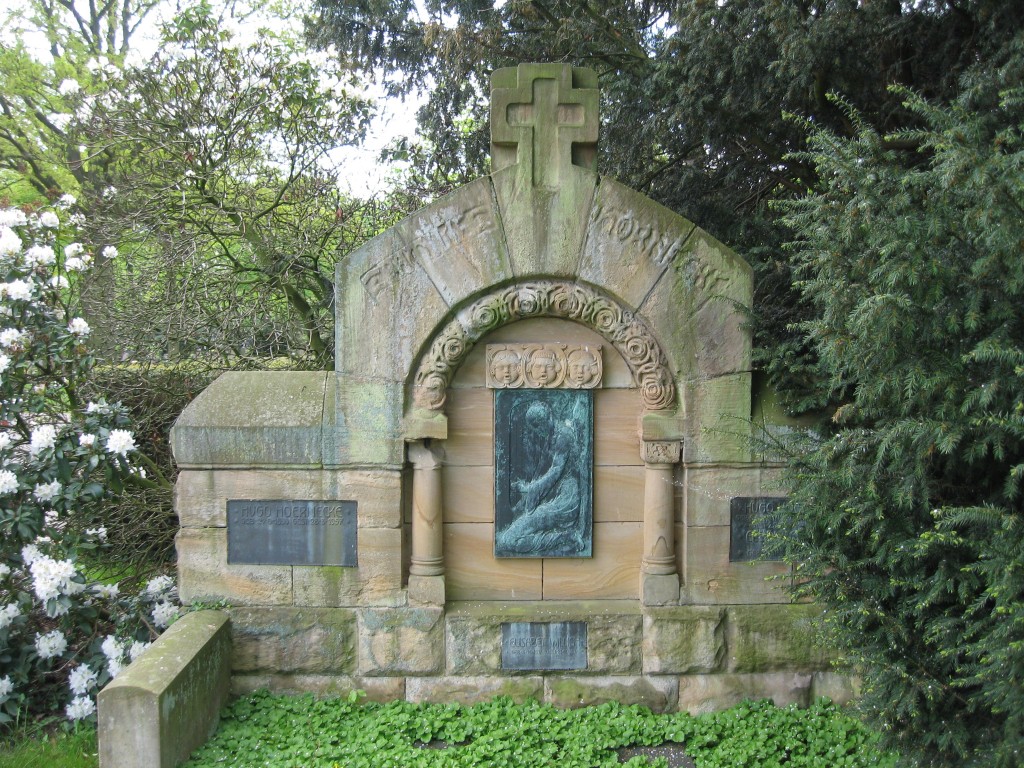 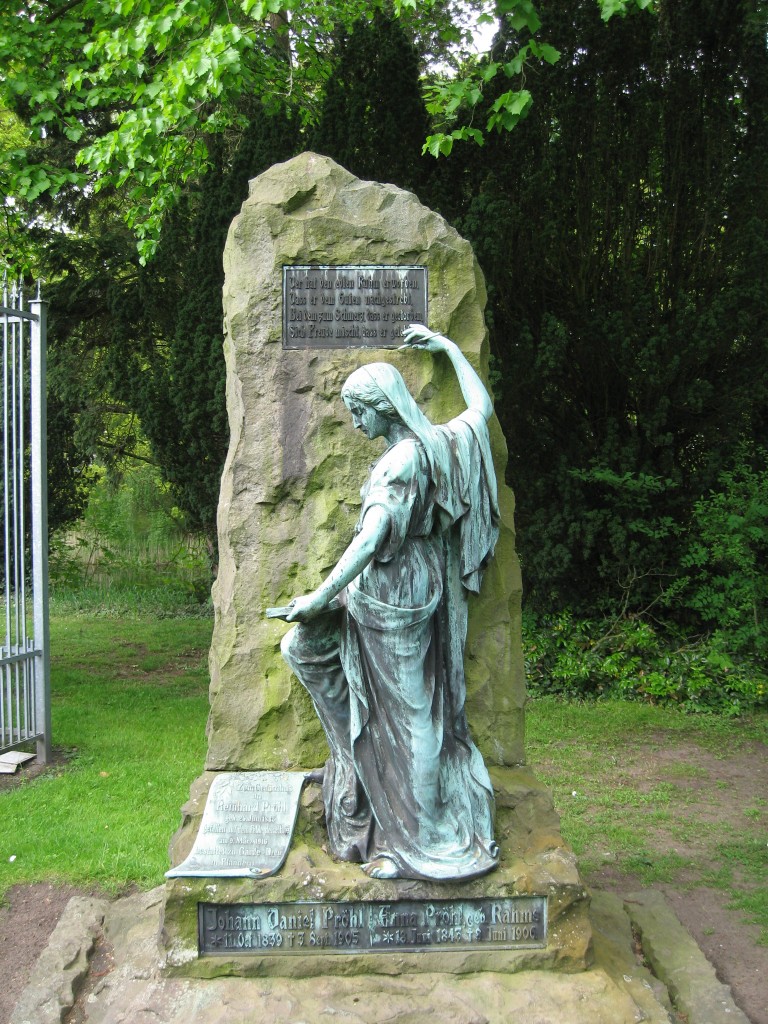 More Art Noveau: This headstone even has a statue.

This beautiful headstone has been almost entirely overgrown by ivy. Only the statue remains visible. 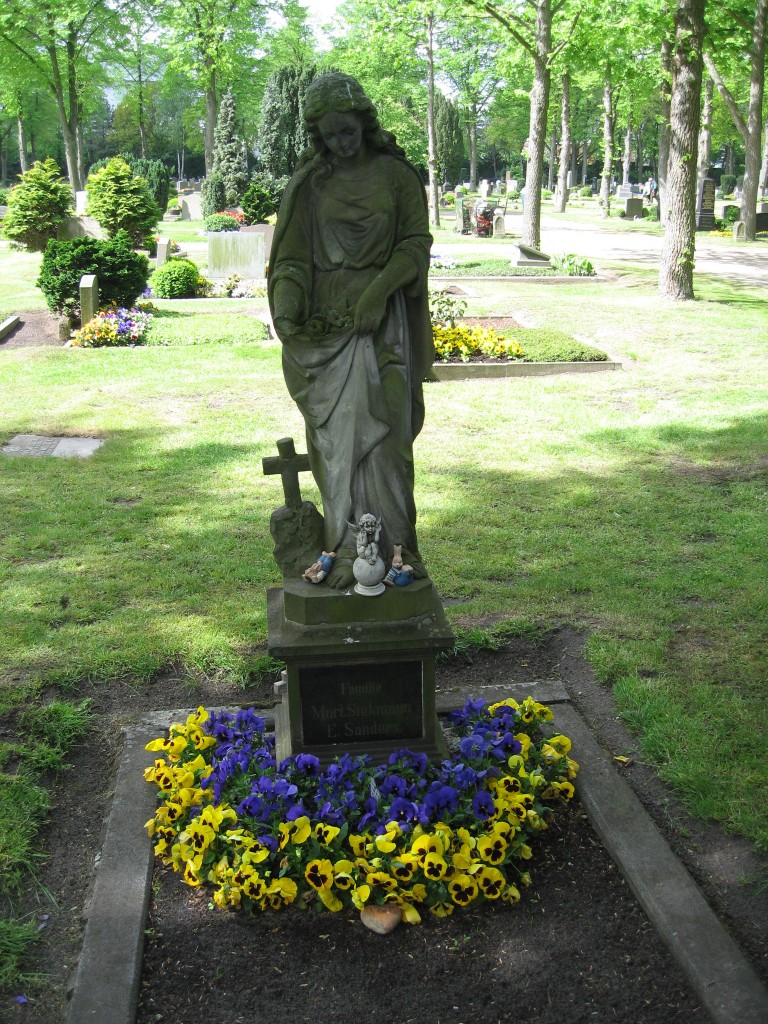 A turn of the century statue juxtaposed with modern knick-knacks. 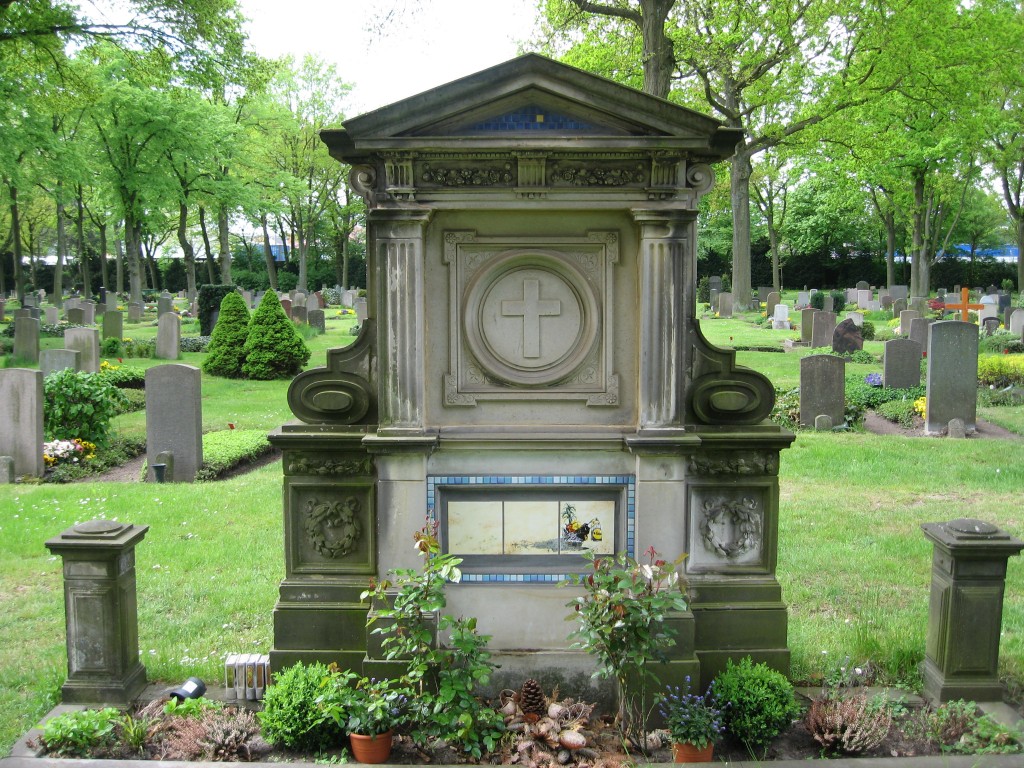 More juxtapositions of the old and the new. The monument is from the 19th century, but the tiles are modern and depict a shopping cart with a bag bearing the logo of the discount chain “Lidl”. The book-like objects to the left of the stone actually bear the names of those buried here. 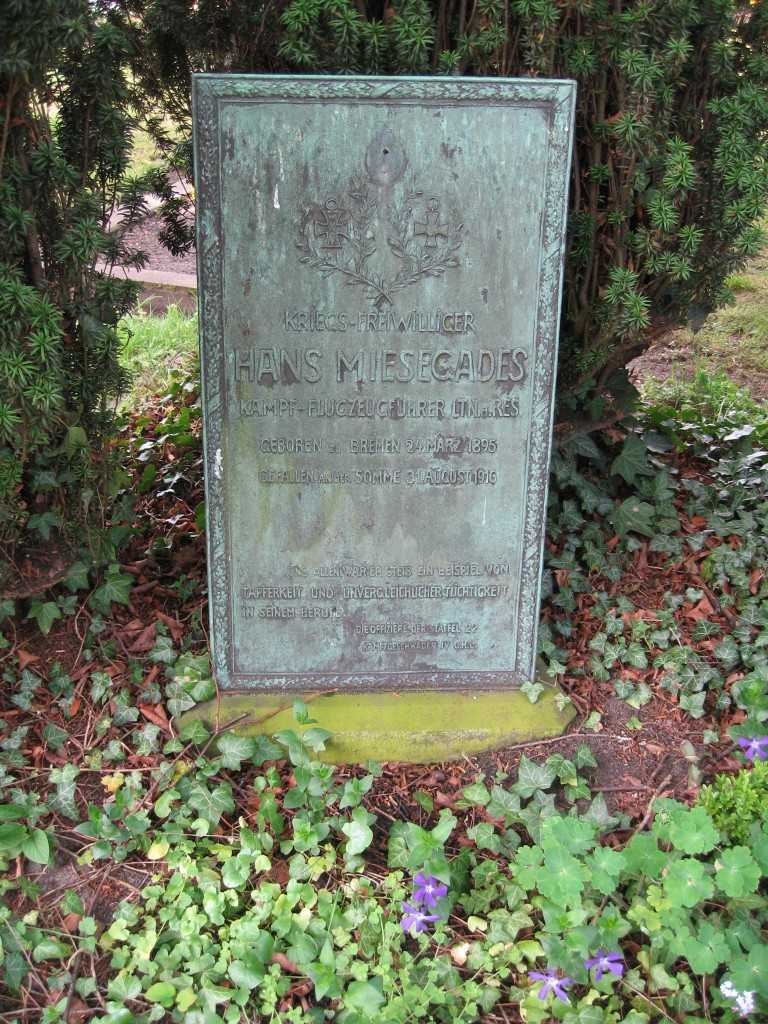 Memorial plaque for a 21-year-old air force pilot who died at the Battle on the Somme in 1916. I’ve always been intrigued by the story behind this plaque. 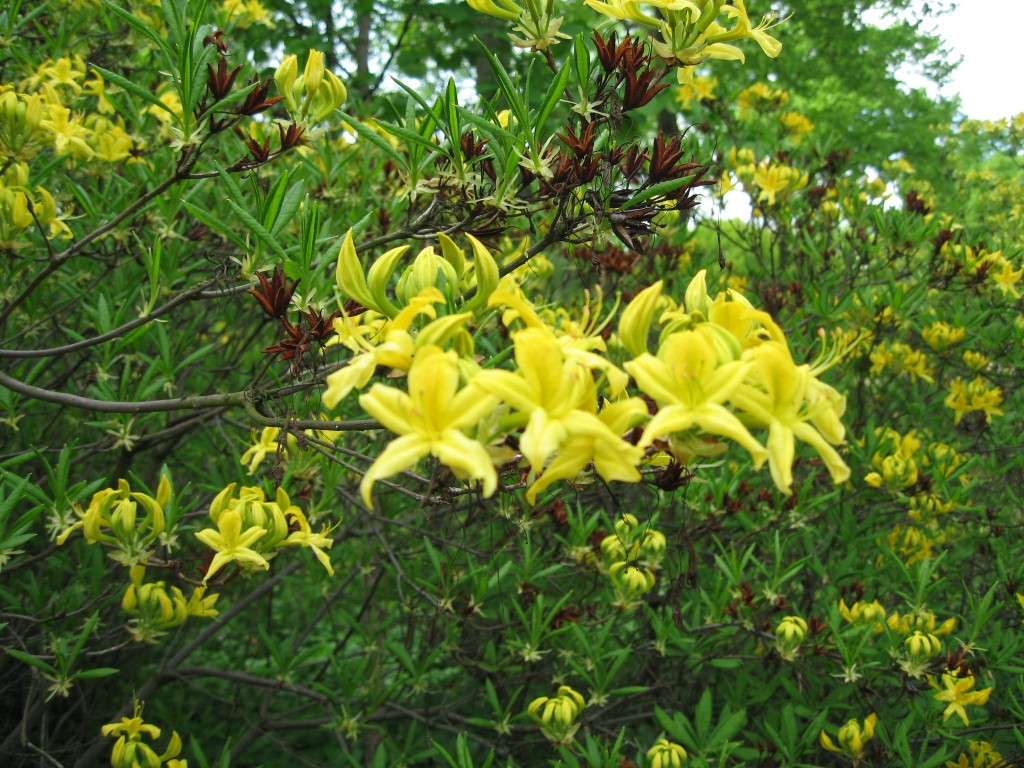 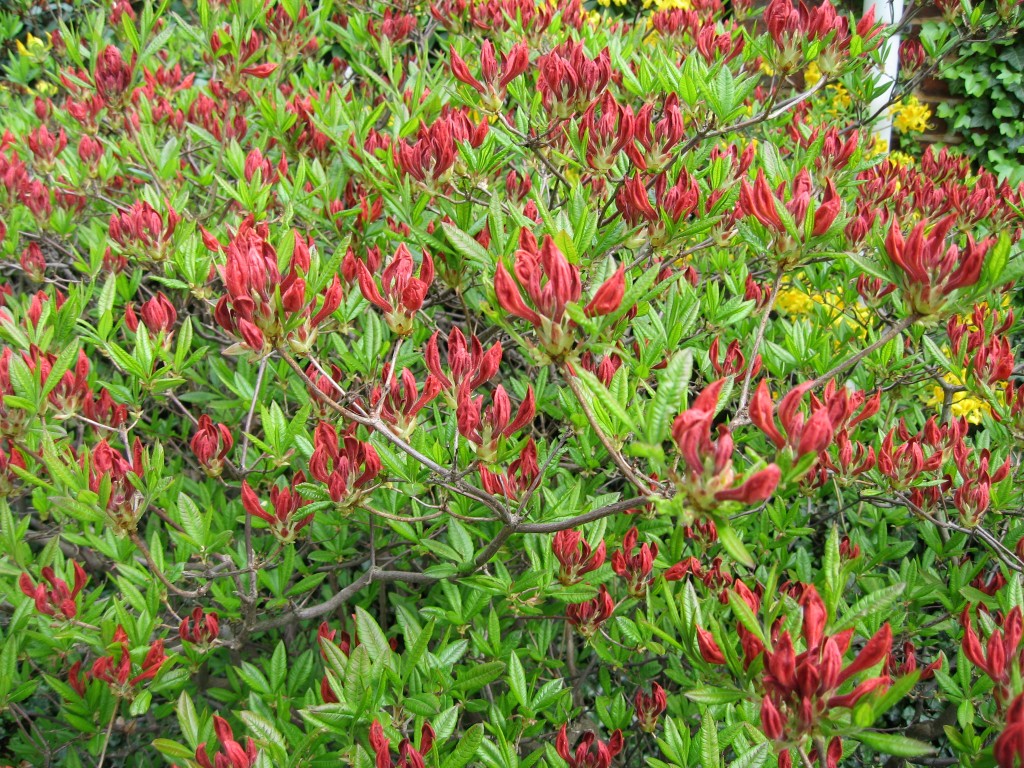 A rather unusual red azalea.